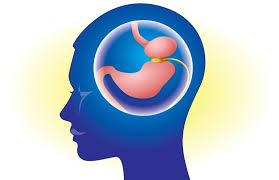 Last Friday I had the first in a series of hypnosis sessions for weight loss, which included getting a virtual gastric band fitted.  I would never get a real one fitted.  I know people that have, and for some it has worked, but I believe that the solution for me is going to be in  fixing my behaviour and beliefs, both conscious and subconscious ones, rather than changing my body.

In the session I talked about having had similar sessions before and how NLP and Hypnosis really helped, but that gradually overtime I still slipped back to my old ways.  My subconscious must be pretty strong!  So this time I’m think I will opt to have maintenance sessions and make an effort to listen to continue to listen to the audio recordings that I’ve been given.

As bread and cheese are my worst – or best food – depending on how you look at it she focused in making me feel indifferent to them.  I’m quite glad she didn’t try and make me hate them – I would still like to enjoy them at times – but I don’t want to be controlled by them or any food.  Another focus is on eating three small meals a day – no picking and significantly smaller meals.  A lot of focus on eating mindfully, not whilst watching TV for instance.  For me a big one is to learn to eat slower, for example putting your knife and fork down between and chewing your food 15 to 20  times.  The other big one is to stop eating when you are full – rather than when you have emptied your plate – another thing I struggle doing.

So how have I got on.  Well I literally left the session and went to a festival.  Possibly not the best move, but then again anything I do has got to fit in to my life style.  And actually it was a good test – I was surrounded by food  stalls with delicious smelling and looking food (no cheap burger stands in sight).  I stuck to the three small meals pretty easily – though I can’t say I felt overly full or that I stopped eating before I’d finished.  But I didn’t overeat and I didn’t want to pick in-between, though being at home is more of a challenge for me in that respect.  And whilst I didn’t feel overly full up – it’s actually been good to feel hungry before my next meal.

The hypnosis session was well timed – my initial enthusiasm and the ease of which I was resisting the urge to not slip back to eating bread and snacking was beginning to wane a little.  In fact I’d bought a loaf of bread – which I then gave away after the session!

After the session I was given eight golden rules for success:

Buy something new – this is about the law of concentrated attention.  It means that if there is something in life that you really want then behave in a  way hat you already have it – and you are likely to get it.  I have said I’d like to get to a size 14 – I want to be realistic.  In fact I couldn’t find something I really wanted in a 14 (weirdly enough) but I have  ordered a skirt in a size 16.  When the skirt arrives I’ll keep it on the outside of my wardrobe so I’ll see it all the time.  And you never know one day that might be too big and I’ll need a smaller one!

Listen to the download – this takes you back to a relaxed hypnotic state and reinforces the gastric band messages and others about exercise etc. There are two recordings – around  30 minutes long.  I’m going to try and listen to them at night before I sleep and in the morning.

Eat slowly and consciously – this doesn’t yet come naturally for me but I’ve been making an effort and it does help.

Eat only three small meals a day – it also says choose protein first – I already know I need to increase my protein intake.  I don’t eat meat and at the moment I’m eating more fish than I’d like.  I know I don’t need to eat fish or meat for the protein – I just need to spend a bit of time getting some easy healthy and tasty veg protein options.

Buy and take multivitamins – hmmm I’m pretty good at the buying front – but not the taking!  I will check out what’s in my cupboards first before I buy any more.

Drink plenty of water – I’m pretty good at this whilst at work – but need to get better at weekends.

Exercise – I’m meant to do 30 minutes a day – which is OK on the days I’ve got pilates and yoga – but that is only two days a week – so I’ll have to think about something else.

I’ll let you know how I continue getting on with these steps.

Do I think this is the answer.  I don’t know.  At moments I’ve had this little voice saying – well this isn’t the same as the hypnosis I had last time – it didn’t cover this or that – it’s not going to work.  For example in previous hypnsois session I’ve been taken back to my first meal – my mothers milk – a very strange experience and the left me with a horrid taste in my mouth for days but did it make any difference – no I really don’t think it did.

I’m trying to go with the flow and just see what happens and not over think it, which is of course far easier said than done!  I’ve definitely been eating smaller portions but I haven’t felt really full – as I would expect to feel if my stomach was the size of a golfball or if I thought my stomach was. I’ve had the odd nibble in between meals but really not much.  Did the hypnosis work – I don’t know but I think everyone who has it wonders that.  Only time will really tell.

I  also think that my thought about whether it will work or not is partly my subconscious trying to sabotage the process – it doesn’t want me to change.  I had a moment in the session when I kind of panicked when she said three small meals – hang on, I thought how small are we talking, she was implying really small.  My instant thought was, well I’m not sure if I want that.  So there is still a part of me that doesn’t want to change – which does indicate that this is the right approach – as it addresses my sub conscious and helps convince it I do want to change.  This is something I’m to have keep working at.

Part of working at it is  going to be thinking about what I want to aim to achieve and why.  Not looking at it from the negative perspective as I did in my last post, but to focus instead on what I want to achieve and what that will mean to me – I think that is actually going to be more motivating.   This was also something we discussed in the  hypnosis session and what I will cover in another blog.

I weighed myself this morning and in approximately four weeks my weight has gone down 11 pounds. I haven’t actually  measured myself yet and  I need to do – otherwise I can’t report back on my journey of inches!

2 thoughts on “Is a virtual gastric band the answer?”